Lord Randall has loved the Colne Valley and its surrounding countryside his entire life.

He first became involved with our team more than a decade ago, while he was MP for Uxbridge, becoming a trustee of the Colne Valley Community Interest Company. He helped raise the profile and importance of this fragile landscape and brought many Parliamentary colleagues along to the Colne Valley Park to show them at first hand the importance of protecting the area. We were delighted when he agreed to become our President at the end of last year.

Presenting, our Green Infrastructure Strategy project on behalf of The Colne Valley Park in 2019.

But how did the son of a local furniture retailer end up forging a Parliamentary career that involved serving as a Deputy Chief Whip, and a spell working as environmental adviser to former Prime Minister Theresa May, before eventually being made a Lord?

His love for nature and a deep concern for the local area has driven much of his career, something he puts down to an interest in people, and an inability not to help a local community or environmental cause in need. This winning combination has also meant that for much of his adult life he has found himself much in demand, at both a local and national level.

A proud Middlesaxon, Lord Randall has lived all his life in Cowley and Uxbridge. He studied at university in London and afterwards worked in his family’s well-known department store, Randalls of Uxbridge. Somehow, he still managed to find the time to lead global bird watching tours.

He professes to have always had a love for nature, especially bird watching, having been encouraged by his grandfather who enrolled him with the RSPB as a child (he has been a member for more than 55 years, as well as serving on its Council). Lord Randall had no political ambitions growing up, but his first experience of protecting his local area came when a piece of green land next to his home was under threat from development, and he and his family campaigned to save it. He went on to make local political connections and was asked to support the local Conservatives as treasurer, then chairman, before being elected MP for Uxbridge in 1997, following the sudden death of Sir Michael Shersby.

So how did the connection with the Colne Valley Park come about?

“I was always aware of The Colne Valley Park, but really started to get involved while raising some of the local issues in parliament about the potential impact of HS2. I was involved in signing the environmental charter for the Colne Valley Regional Park to help protect the landscape, and I’ve been trying to help ever since with my missionary work to protect the area. After stepping down from being Theresa May’s environmental adviser, I was asked to come back to help with the Colne Valley park.

“Sitting in the House of Lords means I don’t have an enormous amount of free time, but I was delighted to commit to taking on the role of President. My role is an active one – I like to get stuck in and get my hands dirty – and at the moment there is plenty to do 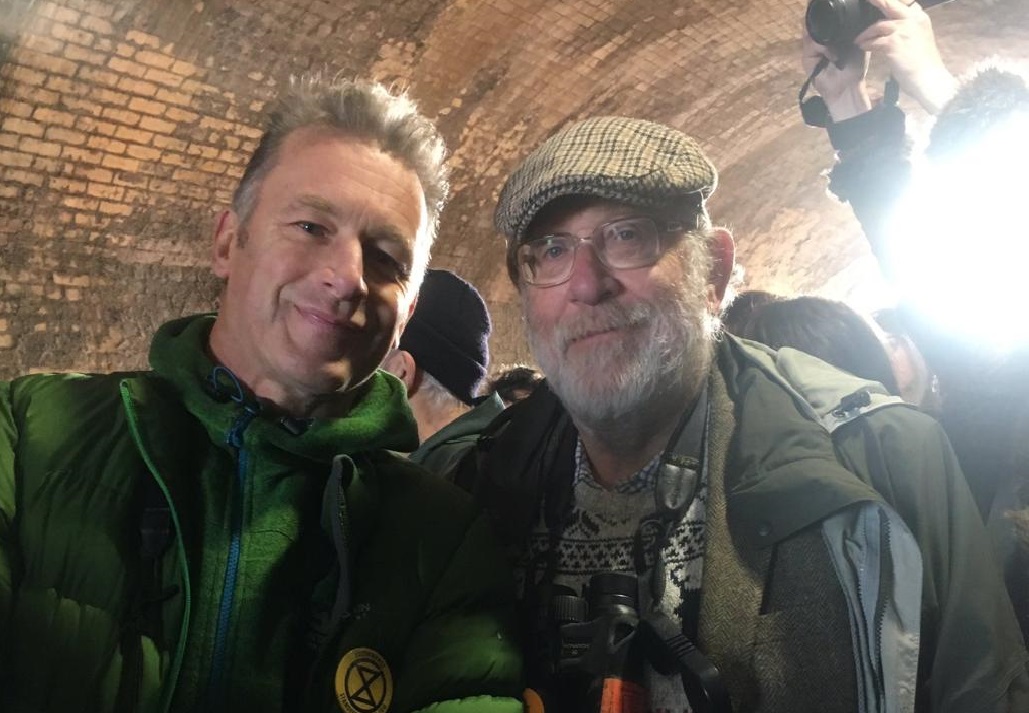 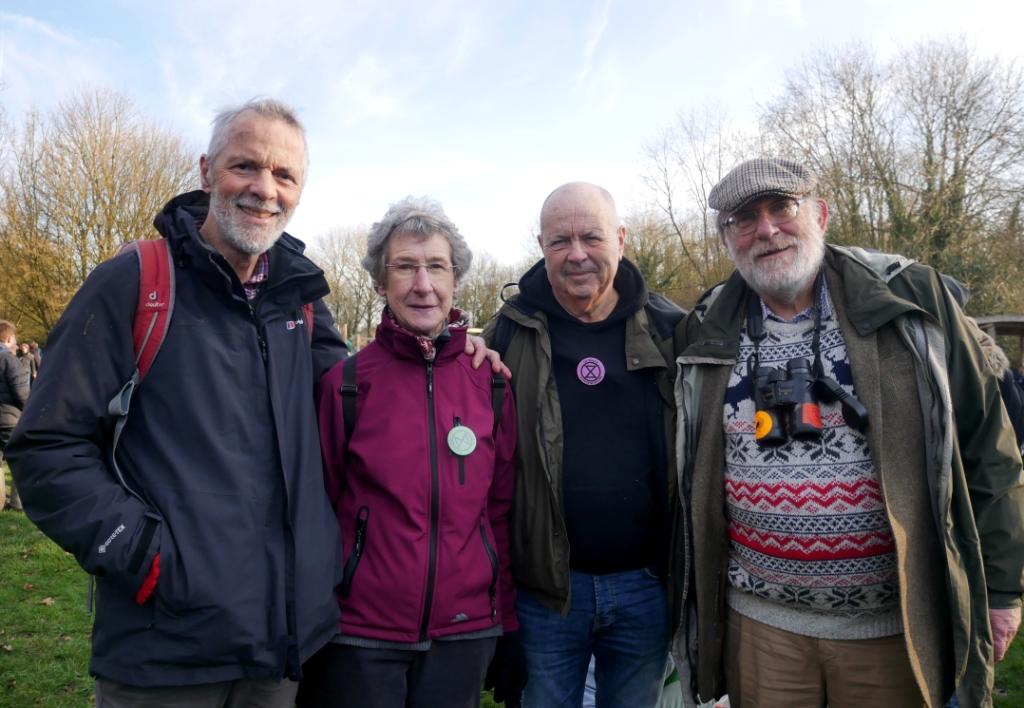 Lord Randall, with Chris Packham (left) and three of our other Colne Valley Park CIC Directors (right) on a recent HS2 protest walk in Denham.

“I have always pushed in Parliament for the Colne Valley Regional Park to have properly recognised status. I’m always trying to get the message across of raising the profile of the park politically, stressing just what an important but fragile landscape this is, not just for its

environmental value, but for what it can do for the wellbeing of local people and those living in other parts of Greater London, too.

“I regularly mention the importance of the Park to the new local MPs, and have taken a number of them and other political figures to various lakes and green spaces to show them how precious this area is, and to explain why it simply must be protected for the future.

“I make sure to seize every opportunity to do this. The crucial thing for me is to ensure people in government and the local MPs see it all for themselves – this is what really gets the message across and influences them. And when I can show them both the impact on not just the local people, but the environment too, then that is very powerful. It’s much easier to persuade them.

“It’s also good fun, as I love showing off both local and natural history. I’m proud of where I live.

The Colne Valley Park encapsulates this because while it is at the edge of London, it is also this incredible green lung where people can get out into the countryside and really enjoy nature. It is unbelievable the amount of wonderful and beautiful places we have in the Park, and if you took a photograph of the sights here, people would not believe you are so close to London.

“The section of the Colne Valley Trail at Swan Meadow in Iver and the countryside there takes me back to my childhood, and to hear some of the special birds there is just wonderful. I heard a Cuckoo recently, and it just reminded me I’ve been too busy working to appreciate our local countryside and nature. The Covid-19 pandemic has made me even more grateful for the beautiful countryside I have on my doorstep. I think this momentum will carry on – an increased appreciation of your local green spaces, and it’s important to continue and encourage the enthusiasm so many local people are showing for the Colne Valley Park.

“In my career and with The Colne Valley Park, I am proud to have been part of a movement which values the importance and benefits of being in the outdoors and spending time with nature”. 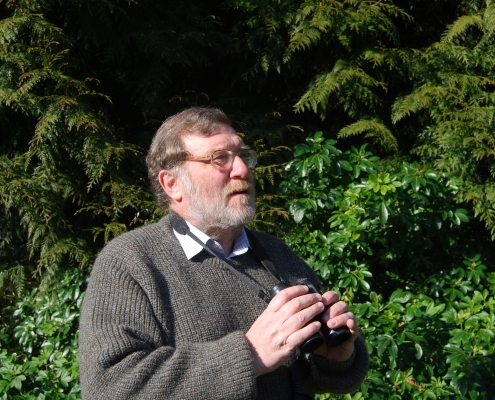 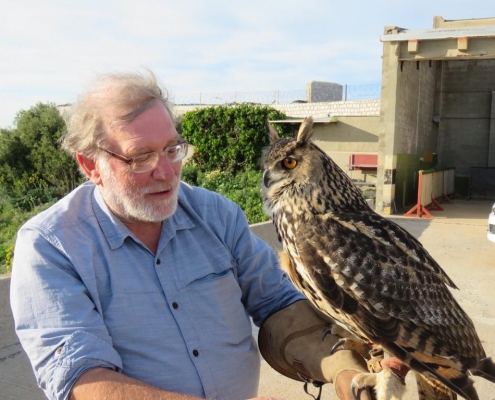 What have been your reactions to the two recent major decisions on both HS2 and Heathrow?

“I am deeply disappointed that HS2 is still going ahead. There is still a part of me which hopes it won’t happen, but the devastation being wrought locally tells me otherwise. It’s truly shocking to see.

MPs, the Colne Valley Regional Park, local residents and other groups – we have all been fighting this since the beginning. I can’t help but feel that had we got some more national organisations to support opposition to HS2 earlier, when decisions were being made, things might have been different. A lot of the promises of how it was sold to people originally have changed, and I’m hoping that now, with so many people working from home and technology moving on so much, that the question of whether it is really needed can be asked again.

The recent legal decision that went against Heathrow expansion is far more positive. That’s a plan that should be off the agenda for quite some time, even though the airport’s owner has clearly not given up, but I think the third runway has been stopped in its tracks this time. In the face of so many growing environmental concerns, I never really believed it could actually go ahead. The world is changing, and climate change is a big concern; it just felt like it wasn’t sustainable. We are now living in very different times, particularly for the aviation industry. The sooner the last legal challenge by Heathrow is quashed the better and, as we have always said, we need to make Heathrow better, not bigger”.

You can read more about our work defending the park against these huge infrastructure projects (as well as others) and our official responses to the recent decisions on them, here: https://www.colnevalleypark.org.uk/whats-special/safeguardthecount

What are your hopes for the Park in the future?

“Well, firstly ensuring the future of the park is protected for future generations to enjoy. I would like to get as many people as possible to make the very most of it. Secondly, I’d like to see the Park becoming far better known, and as one geographical entity rather than lots of individual places. New people are coming into the area all the time, and we are keen to share all of the joys of this precious region, getting everyone to appreciate this fabulous green resource on their doorstep”.

Attack of the Space Invaders: Non-Native Invasive Species in the Colne Vall...